All Collections
Facilities and Contracts
Contracts
How to Edit a Contract

How to Edit a Contract

You may only edit a contract when it's in a draft state.

Written by Samantha Postlethwaite
Updated over a week ago

When a contract is pending approval or approved, you can revert it to a draft state if you need to edit the contract name, bookings, extras, custom fees and/or notes.

Read our FAQ to learn more about editing a contract or click here for info about creating and approving contracts. 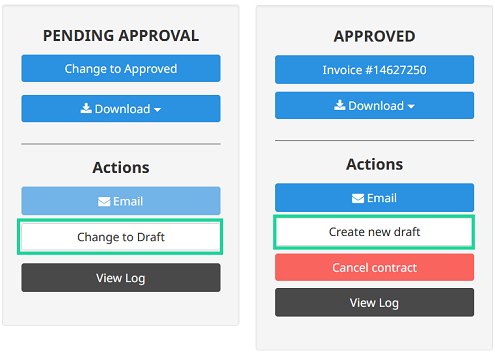 1. Which permissions do I need to edit contracts?

2. How do contract versions work?

3. Can I edit a single booking occurrence?

4. Can I edit all of the booking occurrences in a series?

5. What happens after I edit and approve a new contract version?

6. What happens in the client's billing after I edit an approved contract?

7. What if I reverted a contract to draft but I don't need to make changes?

8. Are staff alerted when I edit a contract booking?

9. Can I edit the notes on an approved contract?

Which permissions do I need to edit contracts?

🔑 Admins have access to contracts based on their Facilities permissions:

👉 A Clients permission called 'Client billing' is necessary if admins want to view a client's billing page and their transactions in the Clients tab.

2. How do contract versions work?

Each time you click 'Create new draft' in an approved contract, the state reverts to Draft and the version number will increase by 1. 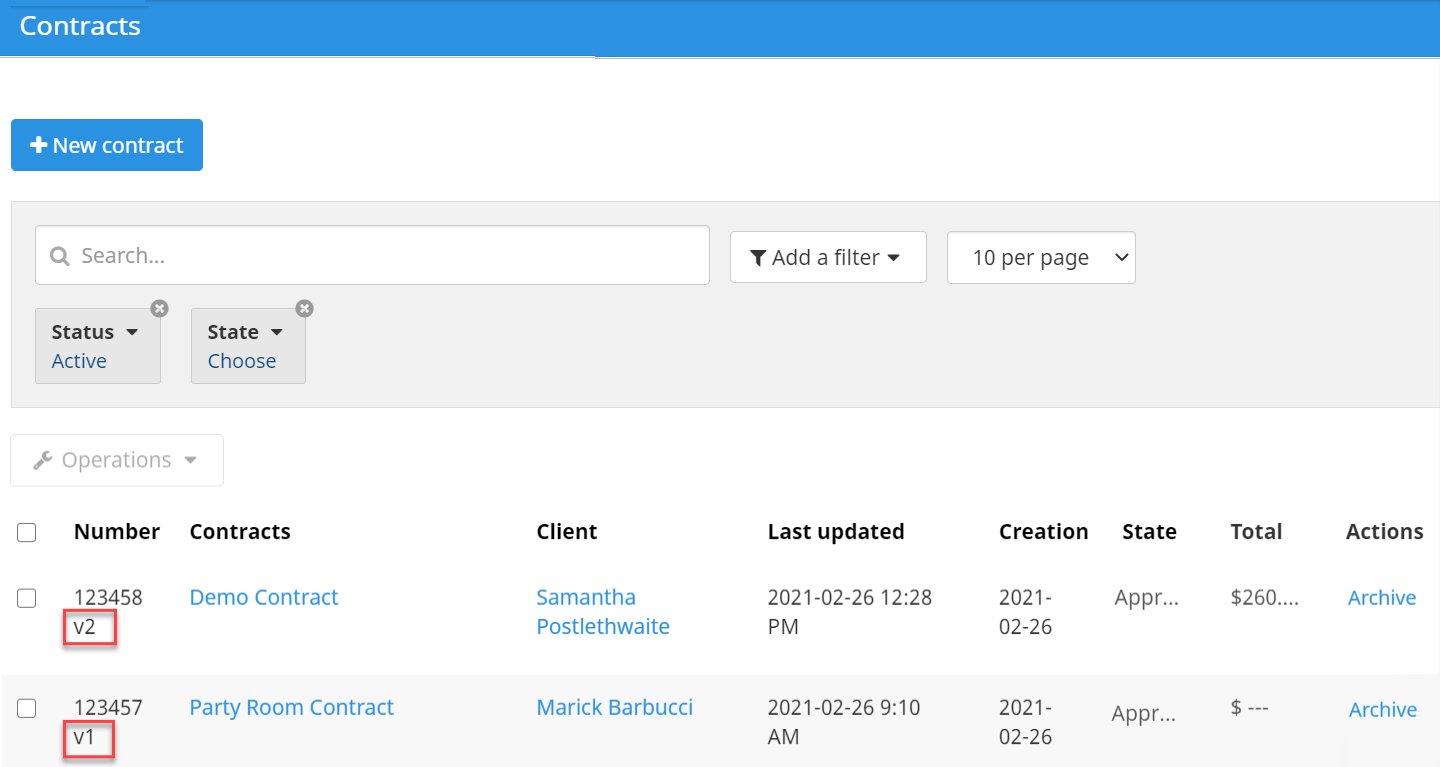 3. How do I edit a single booking?

There are two ways you can do this from the Facilities section:

4. What happens if I edit all of the booking occurrences in a series?

When a facility booking has more than one event (i.e,. occurrence), we call it a series. If you book a facility every Monday for 3 weeks, you would say there are 3 events in the series.

5. What happens after I edit and then approve a new contract version?

📜 The contract and version number are updated.

🏢 If a booking in Facilities is edited, it's updated in the facility calendar.

6. What happens in the client's billing after I edit an approved contract?

It's only when you approve the new contract version that a new invoice or credit memo is created in the client's billing (based on the changes that were made). The admin must manually reconcile the new transactions.

If billable items are added

If billable items are removed
A credit memo is issued for the amount differential. For example, Mika decides she’ll bring her own portable music system and doesn’t need to rent it. A new draft is created and the equipment rental worth $100 is removed. As soon as this new draft is approved, a credit memo is created in Mika’s account for the $100.

7. What if I reverted a contract to draft but I don't need to make changes?

No problem! Just use the Control Panel to change the contract's state. 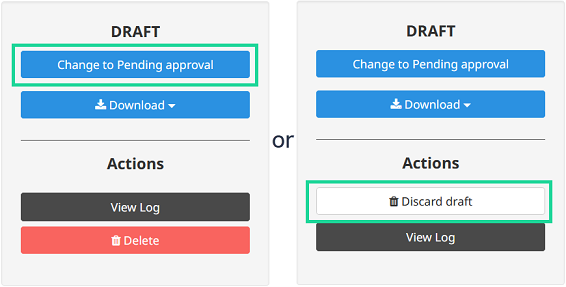 8. Are staff alerted when I edit a contract booking?

Staff can check their up-to-date schedule in the Amilia app. No notification is sent to assigned staff when changes are made to a contract booking (or any facility booking for that matter).

9. Can I edit the notes on an approved contract?

When you create a new draft, you can only edit the Notes section if you are adding or removing billable items from your contract. You cannot modify an approved contract if you are simply looking to change the notes and/or admin notes.

Did this answer your question?